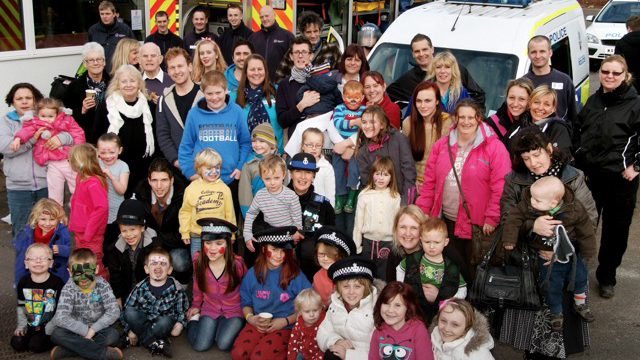 Having spent many years connecting residents and service providers and improving the wellbeing of communities, C2 want to share their unique relational approach more widely, especially with housing providers.

“People make places great” was the theme of NHF’s final Great Places report that was published in July. Since the report’s publication, a number of sector commentators have remarked on the vital role housing associations play in communities, a role that, in the words of HACT’s CEO Andrew Van Doorn, is akin to them being “anchor institutions”

While housing associations have always played this role, they are now, in some areas, the only organisations left standing who are capable of genuinely engaging and involving residents to improve and transform their neighbourhoods and surroundings. The question, however, remains of how best to invest in these communities, strengthen them and bring tenants and service providers together.

One recommendation made by the report was that housing associations commit to ‘asset-based community development’ and focus on investing money to support local businesses and grow sustainable communities. By identifying and mobilising existing but often unrecognised assets, communities can drive development themselves, claimed the report.

C2, short for Connecting Communities, involves one such asset-based approach, with the assets in the community and the service providers creating the conditions for transformative partnership working. As C2’s founder, Hazel Stuteley OBE, says, C2’s evidence-based transformative engagement approach “creates the conditions for communities to self-organise and transform where they live for themselves.”

Connectivity is key to C2’s work. The 7-step C2 approach begins with service providers, such as housing associations, recognising a need to work differently with residents. According to Stuteley, there is often a ‘disconnect’ between the community of residents living in an area, and those who work there. Step 1 and 2 are therefore about bringing these two communities together, forming new relationships and identifying key residents who share an interest in improving the neighbourhood.

Through facilitating co-learning and joint activities as equal partners, such as a ‘listening event’ at step 3, C2 encourages both groups to learn more about “each other’s constraints and solve neighbourhood health and wellbeing issues collaboratively.” By step 4 communications channels are established, via social media and local newsletters, to engage the wider community.

A sustainable community-led partnership has been formed by step 5, and monthly meetings feedback the community’s visible wins, such as successful funding bids. Community confidence grows, as do response rates for service delivery, and by the final steps there is improved trust, co-operation and co-production between residents and service providers. By step 7 the partnership is an ongoing mechanism to identify and respond to local issues.

C2 co-founder Professor Katrina Wyatt, who has been working with Stuteley at the University of Exeter since 2004 on developing the evidence base for C2, says: “The engagement between residents and service providers is an ongoing partnership rather than a project with a finite end.” The steps are guided by complexity theory and are highly practical and internalised through experiential learning. “Once the principles are learnt they can be applied anywhere,” Stuteley adds.

Using the amazing transformation of a small council estate in Falmouth, Cornwall as an evidence base, C2’s approach of transformative community-service provider partnerships has spread to 36 other communities.

Even in some of the toughest areas of the country, such as Cliftonville in Margate, where Stuteley admits C2 faced “enormous challenges”, resident-led community organising via the 7-steps approach has led to an amazing turnaround, with the transformation of waste management services, development of an award winning mental health support group and the regeneration of green spaces and local facilities.

It is also a sustainable approach: working with Police in 2004 to address youth ASB issues in Camborne led to the police organising street dance workshops for young people in response to what young people said they wanted. 15 years on, the workshops have engaged around 2,000 young people, with over 40 young people each week taking part in 2-4 hours of street dance. The multi-award winning community dance group that formed, the TR14ers, is crucially led by the young people themselves.

Having spent many years ‘learning by doing’ with communities, C2 now want to share their knowledge more widely, especially with housing providers. While conversations about community investment in our sector are often framed in terms of ‘fixing people’, C2’s approach is about “health creation”, says Stuteley, a former nurse.

“By enabling local service providers to work in partnership with tenants,” she says, “C2’s 7-step approach addresses many different social problems to improve the overall health and wellbeing of neighbourhoods in the long-term.”

“It’s a shift in mentality from just going in and doing, to engaging, really listening and then responding to a community over a sustained period,” adds Wyatt.

Even though the conditions needed to do this are complex, and communities across the country are increasingly fragmented, Stuteley and Wyatt are both confident and optimistic that they can work with the housing sector to help them build happy, thriving and self-reliant neighbourhoods.

If you are doing a project focused on sustainably developing a community of residents, and would like a discussion with C2, please get in touch with Adam Chester or Hazel Stuteley.