The view from Leeds 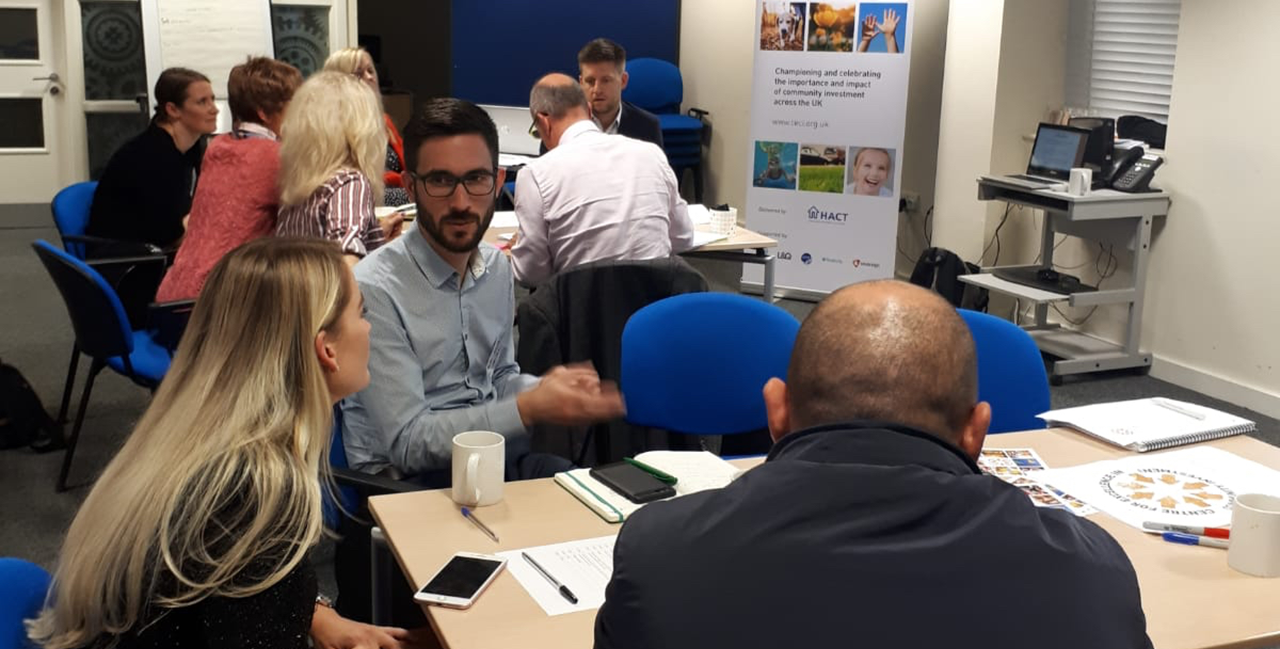 The view from Leeds

The first roadshow was kindly hosted by colleagues at Yorkshire Housing. Attendees came from far and wide to hear about the Centre and input their views, with some  making the journey from Bolton, Manchester, and Blackpool. The atmosphere in the room was lively from the start, with a warm buzz and friendly chatter setting the scene for the rest of the afternoon.

After a brief introduction from HACT’s Head of Communities Barry Malki, attendees got into discussions around their tables about what they wanted from the Centre. What emerged was a strong appetite for collaboration, not only with each other but with other housing association colleagues – the phrase “silo working” was perhaps the most used of the afternoon. Despite this, it was also really encouraging to hear people speak enthusiastically about CEOs with full buy-in to the community investment agenda, and in-depth knowledge of the nitty gritty of the work.

People who work in community investment certainly don’t lack passion. Throughout the afternoon people repeatedly spoke with obvious energy about the projects they run, and the people whose lives they change.

Following each roadshow, we’ll highlight one example of best practice that emerged through discussions on the day.

Project of the day: Willow Hey project – Part of the wider Men in Sheds Bolton project.

Chris Woods, Community Development Officer at Bolton at Home, spoke passionately about the Willow Hey project, which brings men who are suffering from social isolation together so they can talk to each while learning hands-on skills for work they can really get stuck into. Chris said that the chance to make new friends while working on projects like gardening, permaculture, and DIY in a workshop setting has appealed to men, where other activities haven’t.

One man in particular has completely transformed his life through the project. He went from a situation in which he had been sectioned for his mental health and had no interest in life, to getting involved in the project slowly and discovering interests in a range of activities. With Chris’ encouragement, he’s now at the stage where he teaches others how to garden properly, as well as writing and performing his own poetry.

This is exactly the type of project community investment teams around the UK are involved with on a daily basis, projects that improve and change people’s lives.