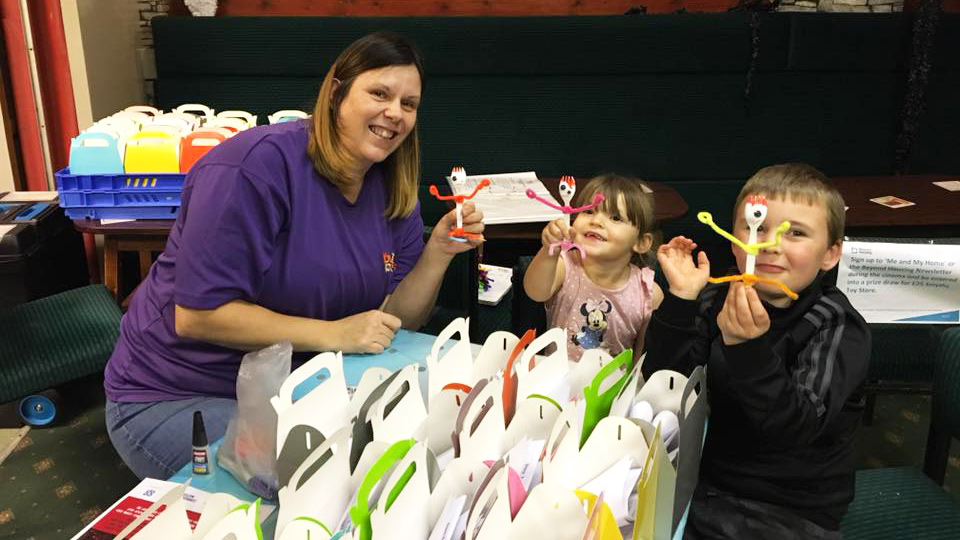 A community cinema in the North East area of Redcar and Cleveland is bringing local people together to enjoy films whilst teaching them about the services offered by their neighbourhood housing association, as well as other local organisations.

Funded by Beyond Housing in partnership with community interest company East Cleveland Arts, the cinema, provides affordable £2 tickets to all locals, as well as drinks and snacks for 20p. Last weekend, nearly 20 people attend the cinema’s first event at the Corus Sports and Social Centre in Dormanstown, Redcar, where they screened Toy Story 4.

Cleveland’s community cinema, however, is “much more than just a cinema”, says Rachael Crooks, Beyond Housing’s Community Connector in the North East, thanks in part to the active role the community has played in the promotion and sale of the tickets.

Community Stepping-Stones, a local cafe, whose underlying purpose is to help people with additional needs get back into work, has been selling tickets for the cinema and in doing so, has encouraged people in the local community to connect and talk to each other more just by stepping through its door.

The cinema’s wide-reaching impact, however, has also been because of the various partnerships that Beyond Housing are building through the project. As well as East Cleveland Arts, Beyond Housing has partnered with Youth Focus North East, a charity that works across the region to improve the lives of young people, Community Health, which promotes health and wellbeing in the local community, and Routes to Work, a government-funded scheme which supports those looking for work in Redcar and Cleveland. Before the film screenings these organisations have a chance to directly engage with residents about the services available in their areas through various stalls.

On Saturday Beyond Housing ran a Me and My Home stall, where housing association staff sat down with local people to explain to them how their app works, through which residents can book repairs and see their rent statements. By encouraging regular checking of their accounts, Beyond Housing hopes to empower residents to take charge of their own finances. On top of this tenants and non-tenants were invited to sign up to Beyond Housing’s newsletter for chance to win a £25 voucher. 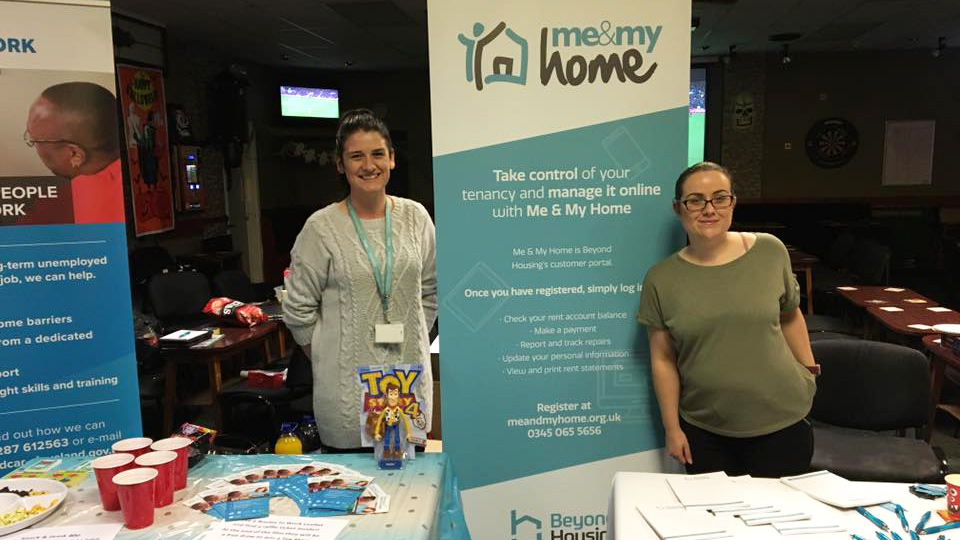 According to Crooks these partnerships are vitally important. “We’re all getting out there to meet the community and show them that we’re there to support them,” says Crooks. Ultimately, what Beyond Housing and their partners are trying to do is “build a network for the communities to do it for themselves.” As well as self-sustainment, their community outreach through the cinema is about “renewing and rebuilding trust between residents, service providers and community groups.”

Considering that Beyond Housing have covered the core costs of the cinema through their social value procurement scheme, with all money raised from ticket sales going back into East Cleveland Arts, this could well be a model that other housing associations could emulate.

Another success has been the “great responses and interest” in the cinema from local councillors, relationships which Crooks hopes will continue to develop as awareness of the cinema grows. Most importantly, those who attended last Saturday’s show said they had “a great time”, some even said “it felt like a VIP screening”, and that they would “definitely come back again.”

After the next two community cinema events, there are also plans to do autism friendly screenings where carers would go for free. These would be more relaxed with arts and crafts activities and no structured seating area, making it a more informal environment. While East Cleveland Arts already do dementia friendly screenings, Beyond Housing hope to be able to make the cinema even more accessible in the future.

Beyond Housing are running the next community cinema this Saturday in Grangetown in Redcar and Cleveland. For more information on the event contact Rachael Crooks at rachael.crooks@beyondhousing.co.uk