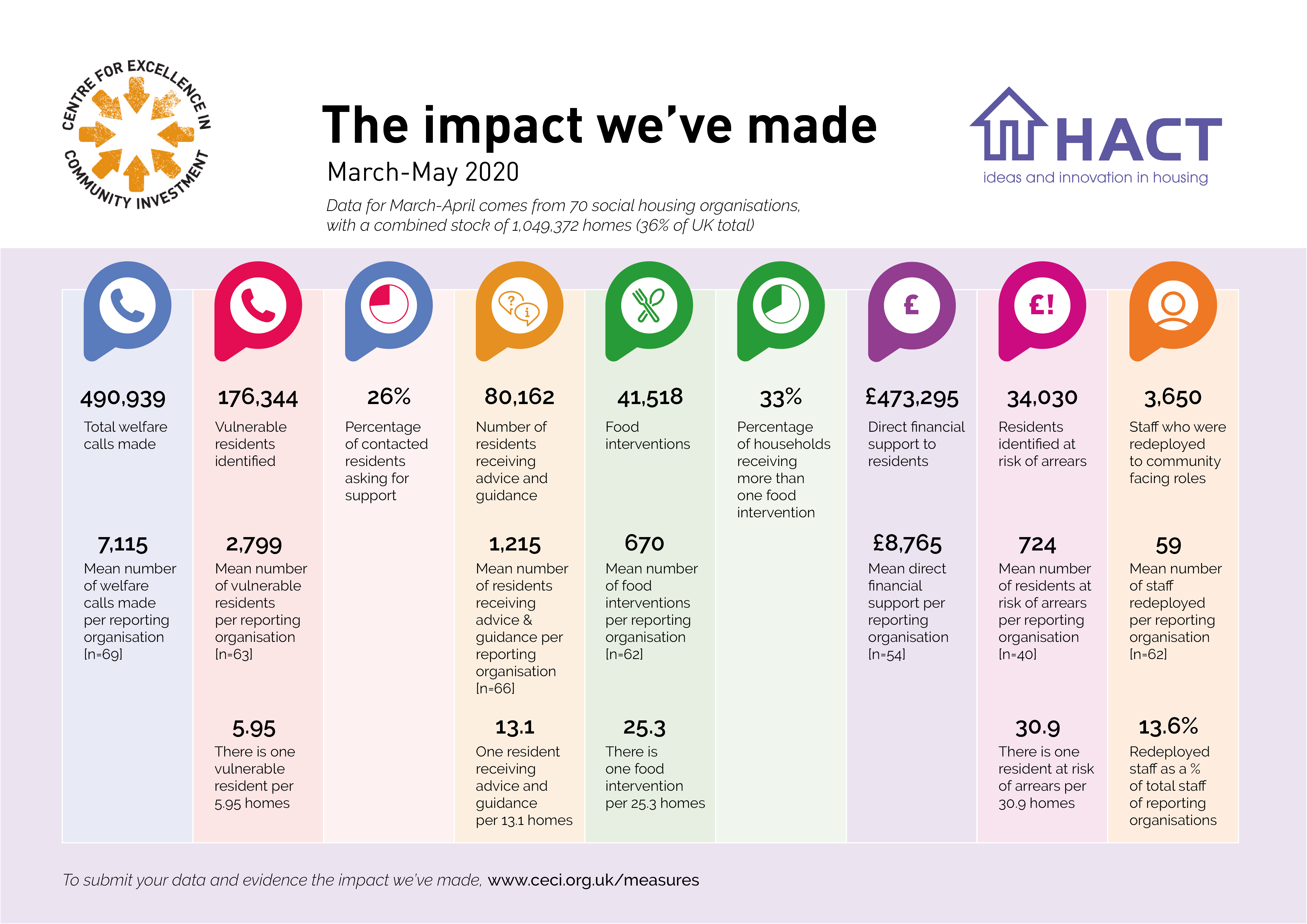 Between March and May 2020, social housing organisations representing over a third of the sector provided almost £500,000 in financial assistance, made almost half a million welfare calls and identified just over 175,000 vulnerable residents.

“This second set of impact measures shows the continued impact of social housing organisations in supporting and sustaining residents and communities at this crucial time, as well as its ability to adapt to new needs,” said Andrew van Doorn, Chief Executive, HACT. “If we aggregate these figures, it would indicate that the sector has provided over £1.3 million in financial assistance, made nearly 1.4 million welfare calls and identified half a million vulnerable residents since the Covid-19 pandemic began.”

“The sector has engaged with our residents on a scale that has never been seen before, responding to their individual needs, whether with food parcels, advice and guidance, financial assistance or just a regular call to see if they are OK,” he added.

“As we move out of the emergency response phase of this crisis and begin to look to the longer term, the priorities of residents and the level of support they require is changing accordingly. More people are asking for, and receiving, advice and support. Almost 60% of the total amount paid out in financial assistance was paid out in May. And 40% of those resident identified as at risk of arrears happened in May as well.”

We are currently receiving data returns from organisations for June, which will help us to evidence the continued impact of social housing organisations. The deadline for submitting these returns to us is 21 July.

Organisations can submit their measures to the Centre for Excellence in Community Investment using an Excel spreadsheet that is available from the Centre web site. Information contained within these documents will be stored securely and will not be shared with third parties. We will only be collating this information and will not use any of the information on a case by case or benchmarking basis.

We have also issued some further guidance, clarifying how to fill in the forms.

The nine measures we are asking social housing organisations to collect and share are:

The impact measures have been endorsed by:

For further information about this press release, please contact Matthew Grenier on 07914 083337, or email him: communications@hact.org.uk