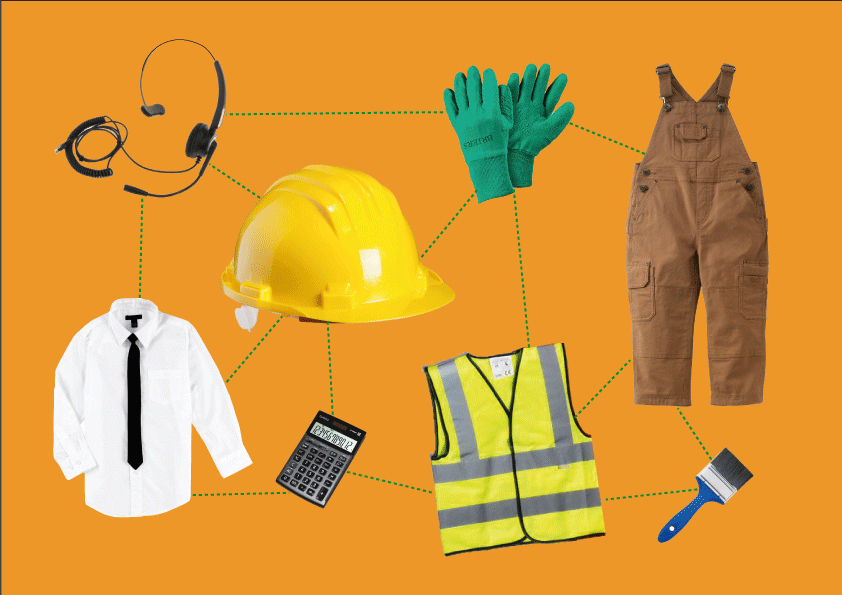 What did you want to be when you grew up? Was it a superhero, a princess, or a housing officer? It’s unlikely that you fantasized about the latter, but for children at three primary schools in the South West this could become a real aspiration.

An exciting new project called Jobs in a Box will soon teach pupils at Burton CofE Primary in Christchurch, St Joseph’s Primary in Christchurch and Amesbury CofE Primary near Salisbury about the diverse range of jobs available in the housing sector. The box, which will be full of costumes, props and role play games, is targeted at years 2 to 6 and will stay in each school for at least four weeks.

The project is being partly funded by Radian Housing Association and is the brainchild of Lea Hampton, an ambassador for National Careers Week (NCW) who has a background in education. She was aware of “big shifts” happening in education – schools must now evidence what they are doing to prepare children for the world of work, following the Department of Education’s publication of its careers strategy last year. But Hampton puzzled over how primary schools would do this. While secondary schools have a budget for careers activities, primary schools have little to no funding, despite a research project by the Gatsby Foundation highlighting the importance of educating primary school children about job roles.

Then Hampton had a flash of inspiration. “I thought, why not create a resource box for a primary school that would encourage children to start thinking and talking about what jobs there are in that industry?”

Rather than just making it generic Hampton decided to make the box industry specific. Having previously worked for Sovereign Housing Association she knew about the difficulties of recruitment into the sector, so she settled on housing. In June she approached Radian’s Employment Support & Training Team (EST) with the project and they gave it their full backing.

“We all thought it was a fabulous idea and could easily link to future school projects we may get involved with,” said Alyson Noble, who works for Radian and has been Hampton’s main contact there. 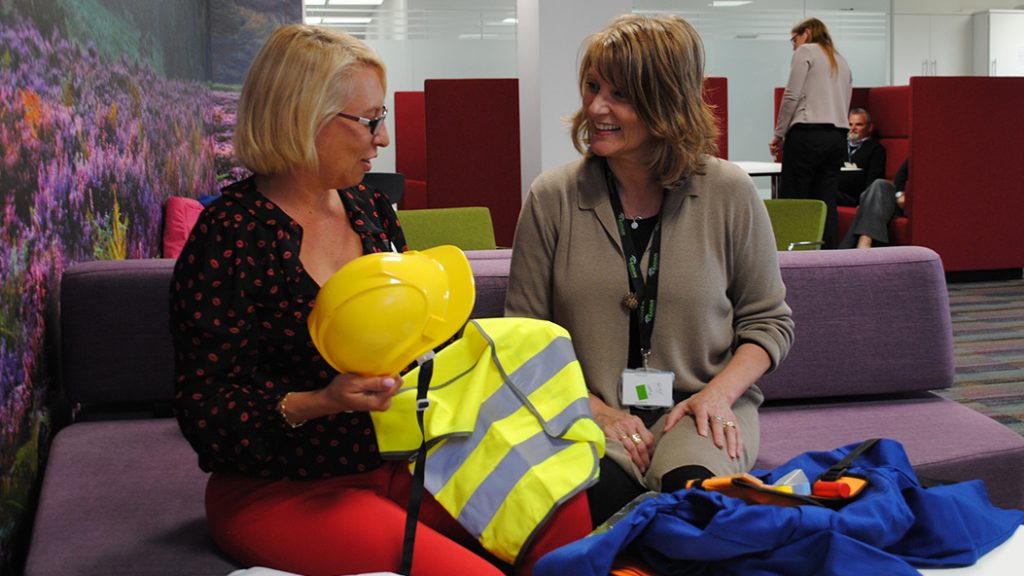 From left to right: Lea Hampton and Alyson Noble with costumes that will feature in the box Source: Lea Hampton

The box includes costumes and props for ten job roles. These include housing officer, customer service advisor, employment support advisor, development officer, and gas engineer. All are all informed by conversations Hampton has had with Radian and other housing associations. Online estate agent Purple Bricks has also been assisting Hampton with a plan to include an estate agent role and developing workshops around this, while the Royal Bank of Scotland has been working with her on the role of mortgage advisor.

On top of this, the box will include costumes linked to self-employed roles in housing, such as an architect, a carpenter, and either a painter and decorator or a gardener. The roles offer a mixture of trade and skilled positions for different age ranges and across different salary bands. By providing such a wide variety Hampton hopes to “challenge stereotypes”.

“There’ s a lot of evidence that children have a fixed mindset about certain job roles by the time they get into Year 8 or 9. They may think only men do that job or you need a degree to do that role. If we can break down those prejudices at a younger age it makes it easier to have those discussions when they’re older,” she says.

As well as costumes, word searches, hang-man ideas, and an interview game, the box will include job role cards – a kind of Top Trumps for housing positions – which will feature an image of a person doing that role with an overview of the job and the skills needed for it. Children also have the chance to role play real life situations with scenario cards, such as a customer service advisor assisting a housing association tenant whose boiler has broken.

Noble thinks it’s important that housing associations support projects like these to promote careers in, and knowledge of, the housing sector. “Most people that don’t work in the housing sector have little or no knowledge of what services and career opportunities there are within a housing association. Investing in projects like this raises awareness and showcases all of the varied positions that exist within our organisation.”

She hopes that introducing these ideas into schools “in a fun and interactive way” can demonstrate how much is involved in providing the services that housing associations do and will encourage “future talent” into the sector, whether through “apprenticeships, work placements or direct employment”.

Radian have funded the costumes and props and some staff will accompany Hampton when she goes into the three schools. “They want to talk about the jobs they do and their passion for why they work in housing,” she says.

The project has had lots of interest from charities and other organisations, too. The Education Development Trust, which is part of the national careers service, has supplied simplified statistics about local employment industries, and the Careers & Enterprise Company are assisting on a lot of the games and resources. Another charity The Samee Project, who support people into self-employed work, has also lent its help. “Everyone wants to get involved which is brilliant,” says Hampton, who runs the project on her own.

The project, however, is not just targeted at children. A key aim of Jobs in a Box is to “involve the parents of children that have little or no job aspirations,” says Noble. While their children will be given new roles to aspire to, Radian’s EST team will work with and help their parents change their perceptions and support them into training or work.

If successful, the project could be rolled out to other schools and the NCW may even evolve it into a national project. The Chartered Institute of Housing (CIH) have also expressed interest in how the project might inform the way they advertise jobs role in the future for young people.

Housing associations are integral to communities and their investment in projects like this could change futures. Ultimately, “it’s about giving residents a voice, creating change, and allowing them take ownership of the place where they live so they can make it the best it can be”, says Hampton. “Educating young people around the job opportunities that are in that area so they can stay where they live and remain close to family and friends, is really important.”